The Battler introduces Kevin Annett, former Protestant Minister who left the Ministry after learning about the genocide in Indian boarding schools that had been going on for decades.

Since then, Kevin has been consulting for The International Tribunal Into Crimes of Church and State who have issued an arrest warrant for former Pope Benedict.

Kevin is an acknowledged expert on English Common Law.

In an historic act of direct democracy, Peoples’ Assemblies on Vancouver Island have called upon civil and police authorities to stand down from enforcing COVID regulations or be charged with partaking in a “criminal conspiracy against the liberty and health of the people.”

Under this law, anyone who tries to impose COVID regulations can face fines and imprisonment within Common Law Courts established by the Assemblies.

Copies of the Bylaw and Stand Down Orders are attached.

Members of both Assemblies plan to serve the Stand Down Orders to their respective police and city officials including the Mayors of Parksville and Victoria at upcoming public actions which will be globally televised.

“We’ve drawn a line and told the government that enough is enough” said John St. John, a founder of OCLA.

“When the system becomes lawless it’s up to the people to re-establish justice. We’re calling on the police to enforce this bylaw or we will.”

Fiona Yaki of the Victoria Assembly reiterated his sentiment.

“We’ve made history by putting power back in the hands of the people. We call on all Canadians to use that power by forming their own Common Law Assemblies and reclaiming our nation”.

News of these actions have spread like wildfire through Canada and around the world, prompting Canadians in over ninety communities to take similar measures to resist the COVID restrictions and tyranny. This resistance is being coordinated and led by a National Council of Common Law Assemblies, whose aim is to establish a sovereign Republic across Canada. 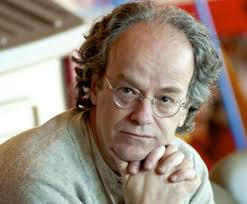 Stand down orders issued by a Common Law Assembly

Issued in Vancouver on Thursday, January 23, 2020 by Rev. Kevin D. Annett under the auspices of the International Tribunal of Crimes of Church and State (ITCCS) and within the Sovereign Common Law Jurisdiction of the Republic of Kanata

For the past sixteen months, a Citizens Grand Jury based in Vancouver has carefully documented the evidence of ongoing crimes against humanity on Canada’s west coast.

These crimes include the rape, torture and trafficking of women and children, the harvesting and trafficking of human organs, the cult ritual torture and murder of men, women and children, the terrorizing, despoiling and dispossessing of indigenous communities, and the targeted killing of traditional indigenous people and political dissidents by domestic and foreign powers.

It is clear from this evidence that a continuity of genocide exists in Canada. The crime has never ceased and involves the same forces of Church, State and Business that historically led this genocide but is now is being led by Chinese corporate, military and governmental forces in collusion with the Canadian government.

On the basis of this evidence, and in my capacity as the North American Field Secretary of the ITCCS, on January 16 I petitioned the Tribunal to convene a Common Law Court to indict and prosecute the persons and institutions responsible for these crimes in Canada, according to the provisions of the ITCCS Mandate of June 15, 2010.

In response, on January 21 I was notified that the ITCCS has assented to this request.

Accordingly, I have been authorized by the ITCCS to announce the following decisions pertaining to this trial:

1.   The West Coast Common Law Court of Justice will convene under the auspices of the ITCCS on Monday, March 30, 2020 at 10 am in the City of Vancouver.

2.   The Court will consist of five judicial magistrates, a Chief Prosecutor and a citizen jury of twenty four people.

3.   I, Kevin Annett, have been appointed to serve as a Special Advisor to the Prosecutor, as I did in the two previous ITCCS Common Law court trials in Europe between July 2012 and September 2014.

4.   Special extra-jurisdictional Subpoenas and Summons to Appear will be issued to over fifty defendants, including officials of the Canadian, British and Chinese governments, private corporations, the RCMP and the CSIS, and the Roman Catholic, Anglican and United Churches.

5.   The Court will operate according to the norms, principles and procedures of International Law and the Common Law.

6.   The Warrants, Summonses and Orders of the Court will have the full binding authority and effect of the Law, and will be enforced by deputized police and sworn Court Sheriffs.

7.   The Court will operate under the political jurisdiction and protection of the sovereign Republic of Kanata which lawfully supplanted so-called Crown Authority on January 15, 2015. Neither the criminally-convicted Crown of England nor the government of Canada will have any authority regarding our Common Law court proceedings. Both powers have been notified by diplomatic communique not to interfere with the Court proceedings on pain of international censure and sanctions.

8.   The governments of select nations as well as judicial and human rights agencies have been formally asked to send observers, peacekeepers and forensic specialists to Canada to assist in and monitor the investigations and proceedings of the Court.

To facilitate the Court’s proceedings, I have provided to the ITCCS and its legal advisers a complete dossier of the evidence of criminality that has compelled the formation of this West Coast Common Law Court.

In addition, I have been notified that a major European film company will be present at the Court and in the field to document its proceedings as part of its production of a television series on the history of genocide in Canada and its ongoing cover up.

This documentary effort will include a featured film on my own quarter-century struggle to surface this national crime. The film will seek to recover the fading memory of the movement I launched that forced the genocide to light and to highlight the targeting and attacks I endured personally. Such information will also comprise part of the evidence in the docket of the Court.

On a personal note, let me say that it is altogether fitting that this historic announcement is being made today, on the 25th anniversary of my firing without cause by the United Church of Canada after exposing its murder of children in Port Alberni.

The movement that I subsequently led eventually exposed the Canadian Holocaust, toppled crowned heads and popes in Europe and uncovered global child killing networks. It also showed how the ongoing genocide in Canada is being conducted by the very same individuals who sought my destruction along with their accomplices in Canada and abroad.

My message to all of you today is that I am the living proof that the truth, when armed with human persistence and resolute action, can overthrow the oldest and strongest systems of evil in the world. But to make this miracle real we need the active participation of many people, as Court officers, jury members, investigators and eyewitnesses.

In that regard, there will be more announcements soon about how to volunteer for the Court and serve as jurors. Follow these notices at www.murderbydecree.com under “ITCCS Updates” and Sundays at 3 pm pacific at www.bbsradio.com/herewestand, or write to itccsoffice@gmail.com or to republicofkanata@gmail.com .

In closing, let me recognize some of the people who made this historic step today possible: eight of the indigenous members of our ITCCS network who were murdered for confronting the Catholic, Anglican and United churches for their genocide of more than 60,000 children across Canada between 1891 and 1996:

Earth and Heaven, cover not their blood!

Issued January 23, 2020 by Kevin Annett under the auspices of the ITCCS Central Office and within the sovereign jurisdiction of the Republic of Kanata

About Murder by Decree

Murder by Decree is an uncensored record of the planned extermination of indigenous children in Canada’s murderous “Indian residential schools”. It is issued as a corrective Counter Report to the miscarriage of justice by Church and State known as the “Truth and Reconciliation Commission” (TRC).

Based on eyewitness testimonies and archival documentation deliberately suppressed or ignored by the TRC, Murder by Decree proves that the genocide of indigenous people began as a religion-led campaign and continues to be a deliberate governmental policy in Canada.

Murder by Decree is issued by The International Tribunal for the Disappeared of Canada (ITDC), an international coalition of jurists and human rights groups. The ITDC was formed in December, 2015 to investigate the disappearance of people in Canada, prosecute those responsible and prevent a further whitewash by Canada of its Crimes against Humanity.

This report is an answer to these crimes and an urgent summons to the world and to all Canadians to live no longer under genocidal regimes.

Published by the ITDC Central Offices in Brussels and Toronto. For more information: disappearedofcanada@gmail.com

When you become a Patron you get access to much more content. Listen to raw interviews, download short stories and music, get documents mentioned in podcasts, and so much more.